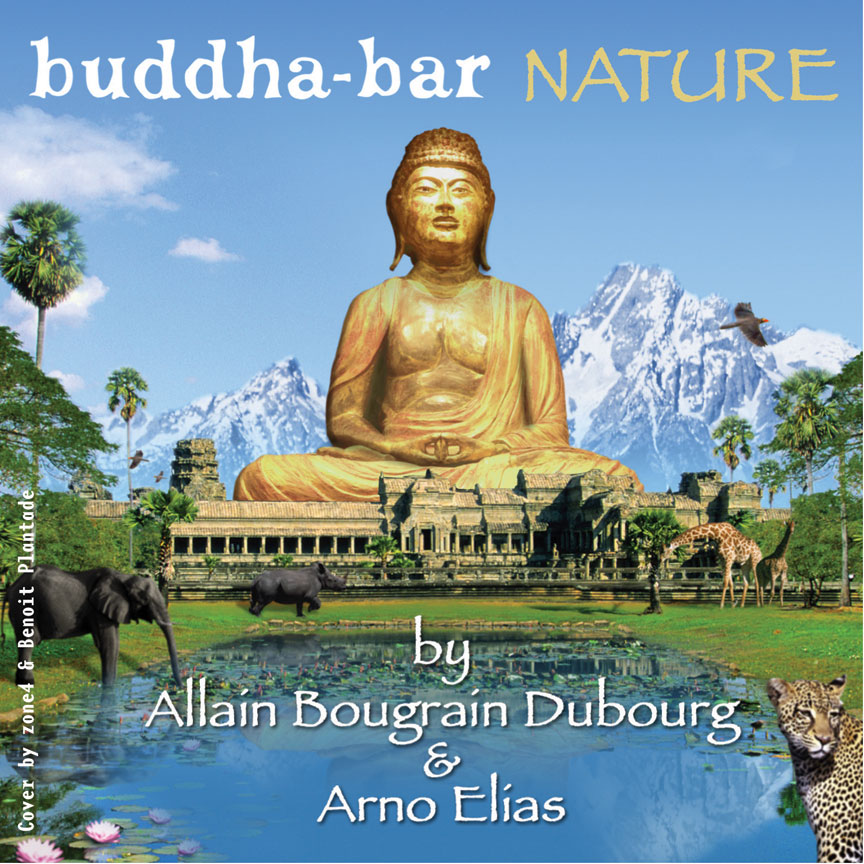 After the ever-successful Buddha Bar CDs (the 7th was released in February 2005), it seemed logical to turn our attention to images. The result is the first Buddha Bar DVD – CD. Why did we choose the theme of nature? Quite simply, it corresponds to the “Buddha Bar spirit”, it allows us to use some exceptional images and it is one of the major concerns of the 21st century.
For nearly a year, Allain Bougrain Dubourg, known for his television documentaries about nature across the world, and Arno Elias, whose talent as a composer is also widely recognised, set to work between Paris and Miami to produce 12 pieces of music that lead us on a visual journey through the wild world of nature.
A marvellous spectacle of animal and plant life awaits… From dolphins dancing amidst the waves to tropical forests and an attack by a leopard, this Buddha Bar Nature DVD is bursting with emotions (500 hours of images were selected to make it!).
But quite apart from this invitation to travel, the whole of the Buddha Bar team responsible for creating this first DVD hopes that the beauty of the wildlife depicted will remind us also of its fragility, and therefore of the respect that we owe it.