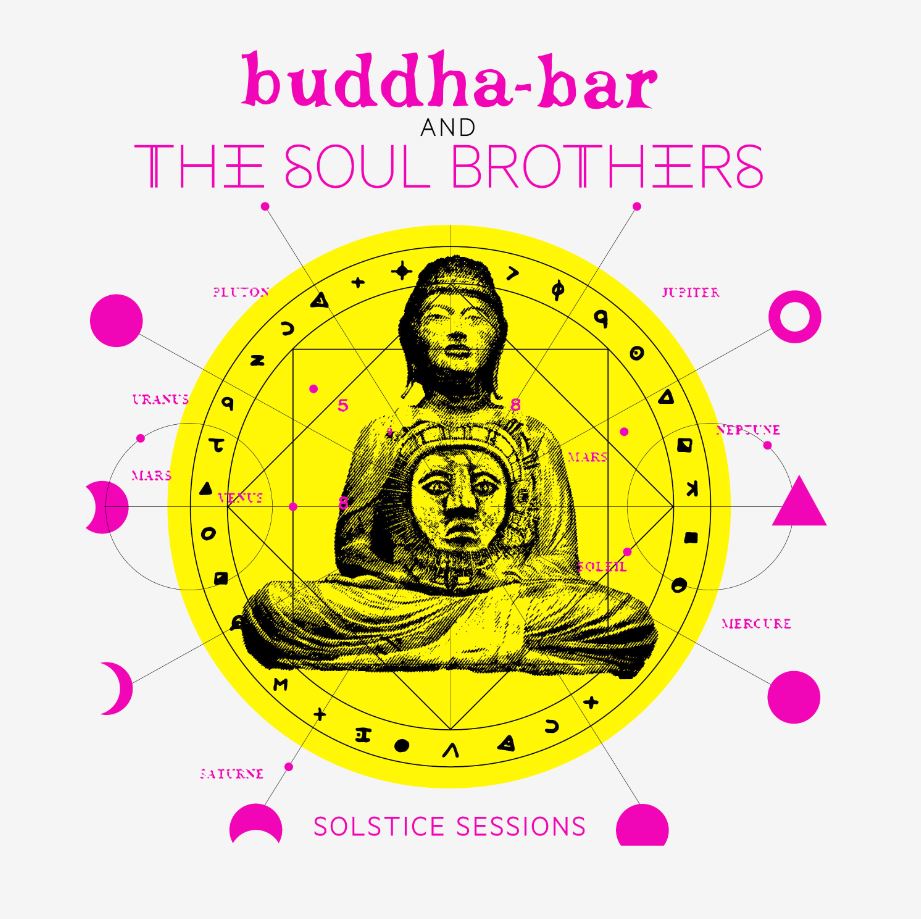 Buddha-Bar proudly presents the first volume of its new Solstice Sessions series, featuring The Soul Brothers.
The Solstice Sessions. When the sun reaches its highest or lowest point at noon, and appears to stand still during the brighter and darkest days of the year, bringing either intense, high energy light and warmth, or spiritual contemplation, reflection, and inner peace within.
Summer or Winter Solstices have been celebrated for centuries. The Solstice Sessions celebrate these energies with an exclusive musical ritual brought to you by Buddha-Bar & The Soul Brothers.

“In the depths of winter, I finally learned that within me there lay an invincible summer.” -Albert Camus

However you choose to describe the riveting, Mexican-born duo, The Soul Brothers, there’s no denying that their music is very much the sound of now & tomorrow.
With sounds inspired by Middle-Eastern vibes fused with Pre-Hispanic Culture & Natural Sounds from Mexico, they create daring organic, ethnic and harmonic sounds & rhythms, seamlessly blending acoustic and electronic vibes that have won them countless fans far and wide around the globe.